The Society has six Directors:

is an engineer with his own business.  He is the current President of ScoutsCymru.  He has chaired the governing body of the University of Glamorgan (now the University of South Wales), the Qualifications Assessment and Curriculum Council for Wales and the trustees of Techniquest Science Discovery Centre.  He believes that there is a need for the education system to encourage and develop the whole range of different abilities in students, including those considered non-academic, all of which are vitally and equally important for a healthy economy and community.

was, for 11 years head of the education charity he formed in 2006 which offered after-school support to disadvantaged children in the docks area of Cardiff.  For four years (two in the Chair) he was on the Board of Governors of a 1500-pupil secondary school in West Sussex. His international business career focused on people development and company growth through appropriate human resourcing. He believes that education should provide the same life opportunities for people from all backgrounds.

Dr Shaw studied Medicine at the University of Liverpool. During her medical studies she gained a BSc in Psychology at University College London. Subsequently she trained in Psychiatry, Community Paediatrics and General Practice gaining membership of the Royal College of General Practitioners and membership of the Royal College of Psychiatrists. She now works in the field of Psychiatry – having had experience working with adolescents in HMP Parc in South Wales as well as working in specialist neuro-developmental services. She has provided emotional skills training and personal development programs to girls in Cardiff Secondary schools. She is currently a Specialty and Associate Specialist Doctor representative for Wales on the Royal College of Psychiatrists Executive Committee. Dr Shaw has a particular interest in the effects of Adverse Childhood Events on learning and emotional development.

is an honorary research fellow at Cardiff University.  Having obtained degrees in chemistry from Oxford University, he became a school teacher, university teacher and science centre director.  He is a former trustee and vice-president of the British Association for the Advancement of Science.  He is now an international consultant to museums and science centres, charitable bodies and government funding agencies.  He believes that education in formal and non-formal settings should become a more integrated process in providing lifelong growth and development for every citizen.  Colin is the web editor for this site.

is Professor of Science and Technology Education, Director of Higher Education Management Programmes at the University of Bath and was until recently Dean of the Cardiff School of Education and Social Policy at Cardiff Metropolitan University. After a degree in Physics and primary teaching experience he has worked in teacher education, research and leadership roles in three UK universities. He has published widely in the fields of assessment, creativity and e-learning in school science and technology education. He believes that children and young people are entitled to an holistic education which develops all aspects of their potential, and is a fulfilling experience in itself as well as preparation for full participation in 21st Century societies. 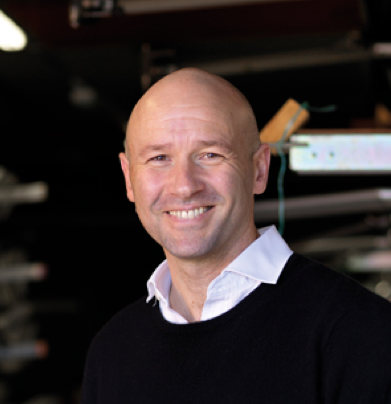 is the Director of RowUK. After studying English at the University of Leeds, he taught and coached at King’s School Rochester. He joined London Youth Rowing in 2007 to coach fulltime before moving into programme management. Whilst at LYR, Ben launched corporate mentoring schemes and worked with the Met Police to tackle gang violence. He founded RowUK in 2016 and his recent work has established a research partnership between Leeds University and Liverpool John Moores to explore the impact of school sport on academic attainment and employability. He believes that reform of state education should focus on the time spent inside schools yet outside the classroom to develop the skills which will be in high demand in tomorrow’s economy.

We are indebted to our patron, Captain Sir Norman Lloyd Edwards KCVO, GCStJ, JP, Hon LLD – formerly Lord Lieutenant of the County of Glamorgan and Fellow of the Royal Welsh College of Music & Drama.